In this course we will seek to “understand Einstein,” especially focusing on the special theory of relativity that Albert Einstein, as a twenty-six year old patent clerk, introduced in his “miracle year” of 1905. Our goal will be to go behind the myth-making and beyond the popularized presentations of relativity in order to gain a deeper understanding of both Einstein the person and the concepts, predictions, and strange paradoxes of his theory. Some of the questions we will address include: How did Einstein come up with his ideas? What was the nature of his genius? What is the meaning of relativity? What’s “special” about the special theory of relativity? Why did the theory initially seem to be dead on arrival? What does it mean to say that time is the “fourth dimension”? Can time actually run more slowly for one person than another, and the size of things change depending on their velocity? Is time travel possible, and if so, how? Why can’t things travel faster than the speed of light? Is it possible to travel to the center of the galaxy and return in one lifetime? Is there any evidence that definitively confirms the theory, or is it mainly speculation? Why didn’t Einstein win the Nobel Prize for the theory of relativity?

About the instructor: Dr. Larry Lagerstrom is the Director of Academic Programs at Stanford University’s Center for Professional Development, which offers graduate certificates in subjects such as artificial intelligence, cyber security, data mining, nanotechnology, innovation, and management science. He holds degrees in physics, mathematics, and the history of science, has published a book and a TED Ed video on "Young Einstein: From the Doxerl Affair to the Miracle Year," and has had over 30,000 students worldwide enroll in his online course on the special theory of relativity (this course!). 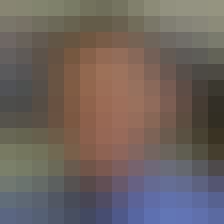 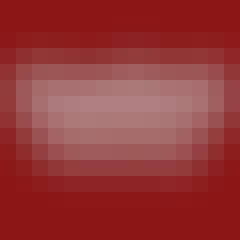 Introduction to the Course, and Einstein in Context

Week 1: Introduction to the Course, and Einstein in Context

To the Center of the Galaxy and Back

Week 8: To the Center of the Galaxy and Back

I enjoyed this course very much. Professor Larry Randles Lagerstrom made a difficult subject easy to understand. Especially for a fellow who at 85 has forgotten a lot of what he learned in college.

This course was truly amazing and everything here was taught in a way that students can easily understand. I earnestly request Larry, sir to compile a course on general theory of relativity

This course was really interesting and the Professor was excellent. Thanks to the professor and the mentors too as they took their time to clarify the doubts of the learners via the discussion page.

Almost anyone can learn about the special theory of relativity from these lectures. I actually can't believe that I studied from a professor who teaches in the USA and in so simple way. I am grateful.